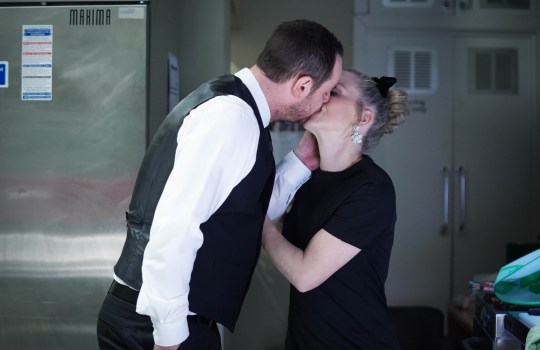 Mick and Linda Carter have been in EastEnders for the last few months, and there’s more conflict ahead for the romantic couple, as Linda struggles to stick to her promise to stay away from booze — leading them to make a big decision about their future.

Since the boat crash, Linda promised Mick that she would give up alcohol because she well knows she’s an alcoholic. In the weeks that have passed since then, she has been able to hold to that promise, and— in the coming episodes — she refuses to let Shirley (Linda Henry) dampen the progress that she has made. She reassures the social worker before heading to Sharon (Letitia Dean) for the funeral of Dennis (Bleu Landau).

With feelings running high on Eastenders, Sharon notices something Linda skipped, and as a result, she shares some harsh words with her— leaving Linda mortified. Linda returns to her house and reveals to Mick that she’s eager to go back to work full time, but later she finds Shirley’s vodka and then pours herself a drink. Shirley takes Linda, and as Mick arrives, Linda reveals that she just had a drink.

The question is: what did they plan to do?
Perhaps they’ll leave Walford?