Major characters decide to leave Coronation Street – when Ken Barlow is torn between whether to sell to Tracy or Peter, Bethany Platt gets a major offer – and this leads to a dilemma for Daniel Osbourne.


Ray traps Abi alone in the garage and reveals he's got a video of her stealing a car. He agrees not to reveal it to the police-if she sleeps with him. Tracy and Peter know that Ken is serious about moving on, and Tracy is trying to convince Steve to buy the house. Gemma and Chesney are asking more questions about Aled's deafness. Gemma is overwhelmed by the procedure explained to her. James is looking forward to catching up with Danny, while Sarah is giving Bethany a role in Underworld. 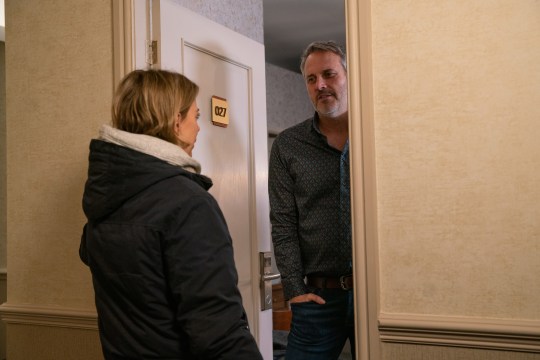 Abi is ready to go through the seedy plan and knocks on the door of Ray's hotel room, feeling disgusted. Then, when Ray appears at his doorstep, and Abi is shaken, Kevin is stunned–Ray insists that Kevin sell the garage to him, or else. Peter tells Ken that Tracy is taking advantage of this, so he offers the full market value and informs Tracy. Yet Tracy says she and Steve will match it, leaving a hard decision for Ken to make. Gemma refuses to sleep and has been keeping an eye on Aled. Chesney worries about her and makes mobile for his cot with Gemma's face on it–then Gemma moves when he shows her the sign language he is learning. Danny tells James they can not see each other again. James is convinced Ed is behind her. Bethany begins work in the factory, but Beth is outraged and accuses Bethany of attempting to steal the life of Sinead.


Ray reiterates his garage deal and tells Kevin he has one day to make a decision. Abi calls to the bistro and asks Ray to rethink, insisting that Kevin is not responsible for anything of this. Kevin admits to being blackmailed by Tyrone. Bethany struggles at the factory and then gets a rejection letter from her college. But then she has a job opportunity in London, but while Sarah is excited, Bethany is worried about being apart from Daniel. Carla admits to Peter that she's not interested in No.1, but only when Peter is about to pull out, Tracy winds him up and changes his mind. Alya is going back to Speed Daal, but Geoff is less than happy.


Tyrone is angry at Kevin for putting the business in jeopardy. Eileen advises Abi to tell Kevin the truth about Ray's indecent proposed plan. Sarah urges Bethany not to let Daniel stand in the way of her future but to tell Daniel about the London job she can not bring herself. Geoff tells Yasmeen and Alya about talking during their shift. In Alya, Yasmeen confides she hurt her back as Geoff makes her vacuum under the sofa, and Alya is concerned about it. Geoff later shows Alya an unfavorable online review and suggests that she is the target. Gemma is planning to attend a baby Yoga class. Chesney is delighted and hopes she's turned a corner. 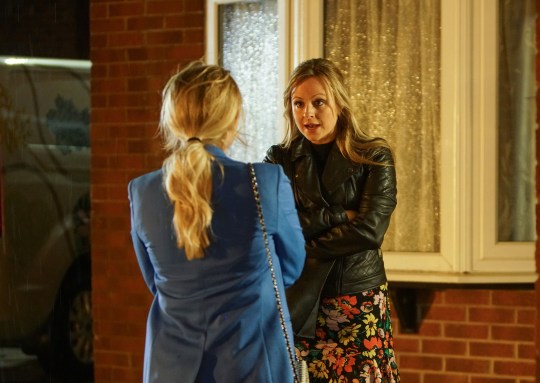 Adam told Daniel that Bethany had declined a job in London, leaving Daniel to make a decision. As the stag and hen dos get underway, when Beth storms in and accuses Bethany of planning to run away with Daniel and Bertie, things go awry. Geoff comes home, finding his dinner is not on the table, and is furious. Yasmeen states that she was looking after the chickens, and Geoff's mood is darkening. Later, when she presents a plate of vegetables and explains that she hasn't had enough meat money, Geoff becomes angrier. Gail then sees Yasmeen crying out in the kitchen, and warns a struggling Alya.
Abi returned home in poor condition. Tracy advises Steve to change his bid, and Tracy takes a look as Carla leaves the sealed deal unattended. Adam then opens the sealed bids, but who's going to go with Ken?  Gemma struggles during yoga class but is upbeat about making some new friends. After visiting Shona, David is depressed, so Nick is trying to cheer him up.
- Advertisement -